Fibromyalgia is characterized by causing pain in the muscles, ligaments and tendons, accompanied by fatigue, sleep problems, memory and mood. This disorder amplifies the sensation of pain by affecting the way the brain and spine process pain signals.

Women are more likely to develop fibromyalgia, which can start after surgery, infection, or serious psychological stress.

Fibromyalgia can also cause severe headaches, irritable bowel syndrome, anxiety, and depression. Although there is no cure for this disorder, there are treatments and steps you can take to control it.

It is important that you notice the symptoms in time, to be able to consult with your doctor, that is why we leave you five early symptoms that you should take into account if they persist over time or you present more than one.

Identify the signs of fibromyalgia Fibromyalgia pain is described as mild, uncomfortable pain that lasts for at least three months. It is considered generalized because the pain is localized to the right and left side of the body both above and below the waist.

In particular, the pain focuses on muscle stiffness, decreased tolerance to exercise or physical exertion, tenderness in the jaw, and a tingling sensation in the arms, hands, legs, and feet.

The sensation of loss of joint mobility may occur in the morning, after staying in one position for a long time or when there is a very sudden change in temperature and pain in the head, neck and shoulders appears.

Also, points are formed in different parts of the muscles that are too sensitive. So, you can feel a lot of pain when you perform movements constantly and repeatedly. However, it is unpredictable when and where you will feel that pain or by what activity.

For example, you might feel a sharp pain in your neck, shoulder, and elbow, just from carrying your bag on your shoulders.

Fibromyalgia causes that when you wake up, you still feel too tired, even if you have slept too much. 90% of people who suffer from this disorder have chronic fatigue. This happens because pain often interrupts your sleep or makes it difficult for you to rest fully.

It is common to call this symptom “fibro fog” (small memory failures to remember small or important things), as it hinders the ability to focus, pay attention and concentrate.

In addition to deconcentration, stress can occur when there are several tasks that must be done at the same time. It is a symptom that can be related to stress, but if you have several of these symptoms, it is important that you request a consultation with a doctor.

70 or 80% of people with fibromyalgia have sleep problems, regardless of the number of hours they sleep, they do not feel the rest they should get since they have restless legs syndrome (the irresistible need to move the legs, generally during the afternoon or night), sleep apnea (a serious sleep disorder in which breathing repeatedly stops and starts again), insomnia, or micro-awakenings throughout the night.

Fibromyalgia is often accompanied by abdominal pain and problems, such as constipation or diarrhea, irritable bowel syndrome, or difficulty digesting food.

If you have several of these symptoms and for a long time, consult a health professional, as a timely diagnosis is essential in any chronic disorder, such as fibromyalgia. 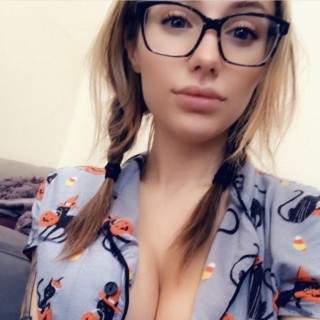